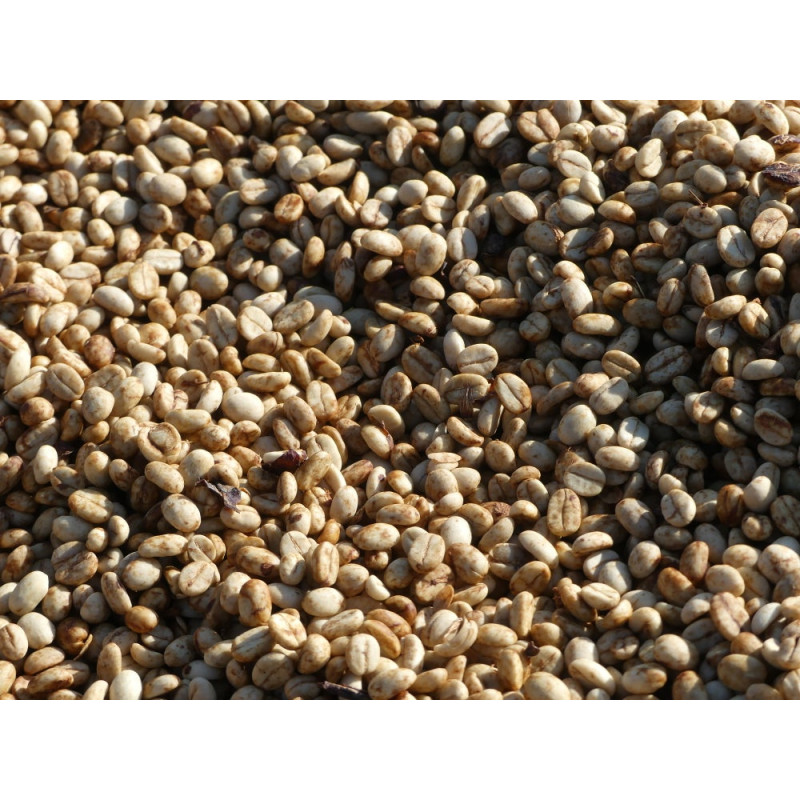 Burundi has long been overlooked in comparison to its neighboring East African specialty coffee producing powerhouses. However, Burundi season, for us, is one of the highlights of the annual coffee calendar. The country’s coffee is produced almost entirely by smallholder farmers, and much of this small-scale production is of exceptional quality. With its super sweet, clean and often floral coffees, Burundi, every year, is increasingly is putting itself on the specialty coffee map.

Belgians first introduced Arabica trees to Burundi in the early 1930s. While indigenous people were mandated to grow coffee under Belgian rule, coffee production persisted after independence because many saw coffee cultivation as a route to a better life.

Upon gaining independence in 1962, the young government invested significant resources in its coffee industry with assistance from the World Bank. Nationwide, the country launched an ambitious program constructing coffee washing stations and planting trees. Their efforts bore [coffee] fruit; coffee production increased rapidly from independence in 1962 until the early 1990s.

Unfortunately, Burundi was rocked by a civil war from 1993 to 2005. During the conflict, many people were displaced from their land and most coffee trees were neglected. Many trees were also casualties of war and were destroyed along with the villages where they once grew.

Those who continued to cultivate their trees experienced immense difficulty getting their coffee to market due to Burundi’s geography. Burundi is a landlocked country and even during peacetime, coffee must often travel long distances on often unmaintained roads. Even after reaching a neighboring country, coffee must then travel even further to one of that country’s ports. The cost of transporting coffee by land from Burundi to the closest ports can be exorbitant. Just getting to a port can sometimes cost more than shipping that same coffee on cargo ships to the Americas or Europe. Compounding these financial burdens, wartime often meant farmers faced more danger on the journey.

The civil war officially ended in 2005, and the first president to be democratically elected since 1993 was sworn in. With a return to a more peaceful time, Burundi also began to return to investing in the development of its coffee industry. Especially in the wake of a long and tumultuous conflict, coffee production could offer many people a chance at new beginnings and more financial success.

The coffee renaissance in Burundi also saw an increased focus on specialty coffee production. In 2005, both the government and international private companies began investing in the coffee sector. Influenced by the growing field of specialty coffee—and the earning potential of high-quality coffees—new initiatives emphasized producing higher quality coffees. At the same time, smallholder producers sought increased self-determination and began to organizing themselves into cooperatives. Cooperatives would later be another source of agricultural information, inputs and financial assistance for farmers.

Today, Burundi’s coffee industry is fueled by 600,000 smallholders. Since the income from most smallholder farms supports entire families, close to 5 million people depend on the profits of smallholder coffee farms.

To put that in perspective: the entire population of Burundi is a little under 11 million people. In other words, smallholder coffee producers and their families comprise almost 50% of the total population.

Coffee is of paramount importance to families and the country at large. Considering this, improving and expanding coffee infrastructure is not just a way to improve incomes, it is a way to revolutionize the earning potential of an entire nation.

It is important to note that, in concert with washing station management companies, washing station managers also play an important role in producing high quality specialty coffee. Managers oversee farmer education, aid in the implementation of good economic practices and help farmers implement best agricultural practices. They also collaborate with producers to ensure everyone has access to the necessary tools and inputs—and the knowledge of how to best use them.

Our Partners in Burundi

Sucafina’s history in Burundi goes back to 2007 when Bucafe/Sucafina Burundi was established in Bujumbura. Through Bucafe, we work with several privately-owned washing station management companies and exporters. Our work bridges the entire supply chain, allowing us to be vertically integrated. Our supply chain is solid, reliable and transparent. Due to this, we are more efficient, able to supply better value and positioned to offer both producers and consumers of Burundian coffee a diversity of expertise.

Our local operations are coordinated by Bucafe, who works in conjunction with and our sister companies Bugestal and Budeca. Bugestal manages a number of washing stations across the country, and Budeca Manages a dry mill in Gitega.

In addition to the great work our sister companies are doing, we also source our micro-lots from award-winning washing stations like Kibingo and Nemba with the help of our other in-country partner, Greenco.

In addition to our commercial activities, Sucafina supports a range of sustainability measures in Burundi, from increasing crop yields to improve farmers’ livelihoods.

Our partnership with the Kahawatu Foundation focus on increasing yields and improving farming practices in the communities where we operate.

Our innovative Farmgate Project allows roasters to make additional cash payments directly to farmers to increase the Farmgate price. In Burundi, this has resulted into purchasing livestock, obtaining health insurance, and installing solar panels for our farmer partners.

In addition to training and support programs covering various aspects of the production, we offer a wide range of internationally recognized and tailor-made voluntary sustainable standards.